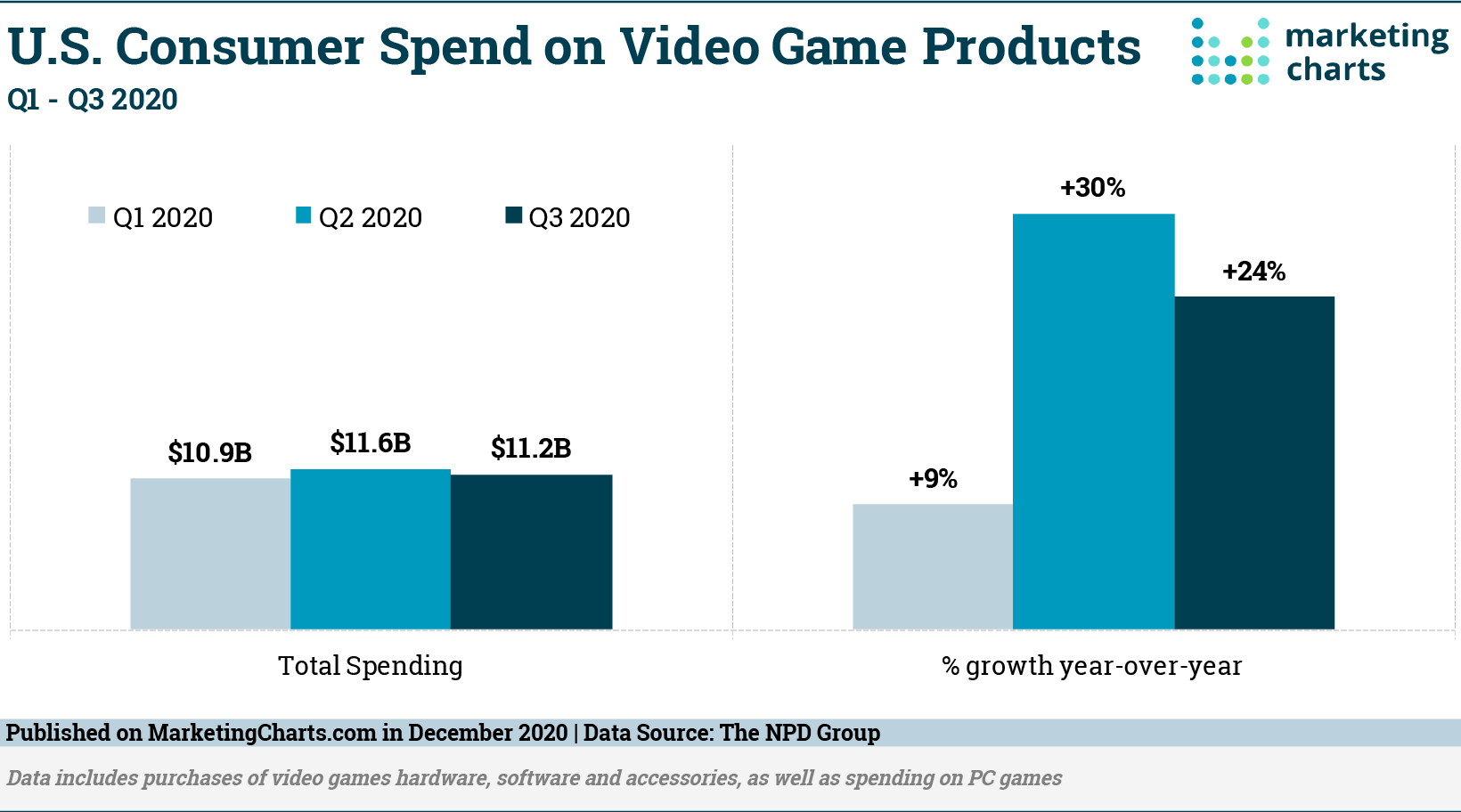 Indeed, total industry consumer spending on video gaming reached $11.2 billion in the third quarter of 2020, up from $9.2 billion for the same quarter last year.

Video game content sales alone exceeded $10 billion in Q3, a 24% increase over Q3 2019, with games such as “Among Us,” “Animal Crossing: New Horizons,” and “Call of Duty: Modern Warfare” listed as some of the top titles for the quarter.

While Q3’s total video game spending growth is impressive, it’s also worth noting that sales in Q2 grew by 30% y-o-y to reach $11.6 billion. This is the highest quarterly US spending on video game products thus far.

This growth can be attributed, at least in some part, to the increased time consumers spent with video games during the early stages of the pandemic due to the various stay-at-home mandates across the US. This is further illustrated when comparing data from Q1 which saw only a modest 9% y-o-y growth and total US sales reaching $10.9 billion.

Added to that, research from Piper Sandler shows that although US teens have cut back on spending in most areas during the pandemic, their spending on video games has increased in that time.

Looking ahead to Q4, The NPD Group expects to see another record-breaking quarter. And, with the holiday season approaching, the Consumer Technology Association found that about 2 in 5 US adults plan on purchasing a gaming console during this time.