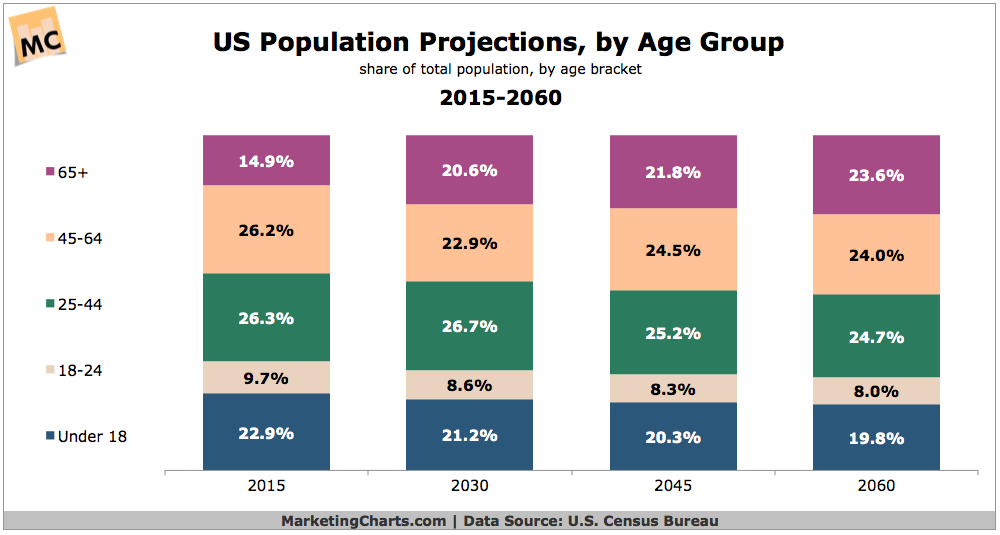 Notes: The first population projections released by the US Census Bureau in 14 years show an aging population distribution in the US: by 2060, slightly fewer than 1 in 5 (19.8%) of Americans will be younger than 18, down from an estimated 22.9% next year. By contrast, by the end of the forecast period, the 65+ crowd will account for 23.6% of the population, up from 14.9% next year. Indeed, the 65+ bracket will grow to outnumber under-18s some time between 2030 and 2035. Something to think about, given the complaints that advertisers aren’t doing a good job catering to older Americans.