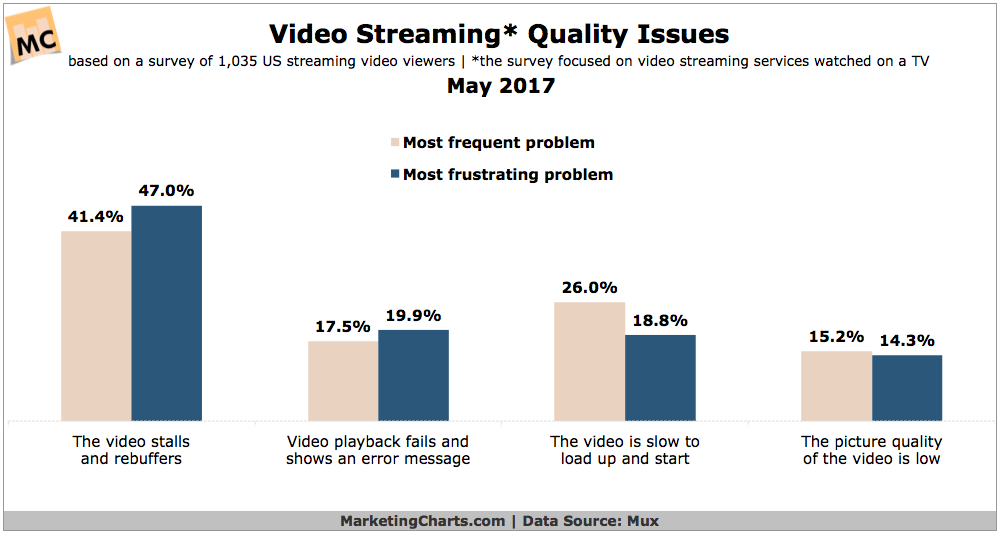 Stalling and rebuffering video is a far more persistent and aggravating problem than slow loading times, according to a survey of streaming video viewers [download page] from Mux. Unfortunately not only is stalling video the most frequent problem encountered by streamers, but it’s also the most frustrating.

By contrast, viewers are less likely to come up against low picture quality – and this is also their least frustrating problem.

Overall, 85% of consumers have stopped watching a video because of stalling and rebuffering, Mux reports.

These problems could present a problem for the industry, as virtually all (95.5%) of consumers surveyed feel that reliability and quality is very important to their video streaming experience. Users of streaming services undoubtedly believe there is room for improvement. Almost three-quarters feel that the rebuffering rate could be improved and 6 in 10 feel that video load times could be better.

About the Data: This report was based on a survey of 1,035 US consumers on video streaming services watched on TV such as Netflix, Amazon Prime Video, Hulu or YouTube. Respondents watched at least 1 hour of streaming video each month.