Chromecast and Roku Viewers Are the Most Engaged 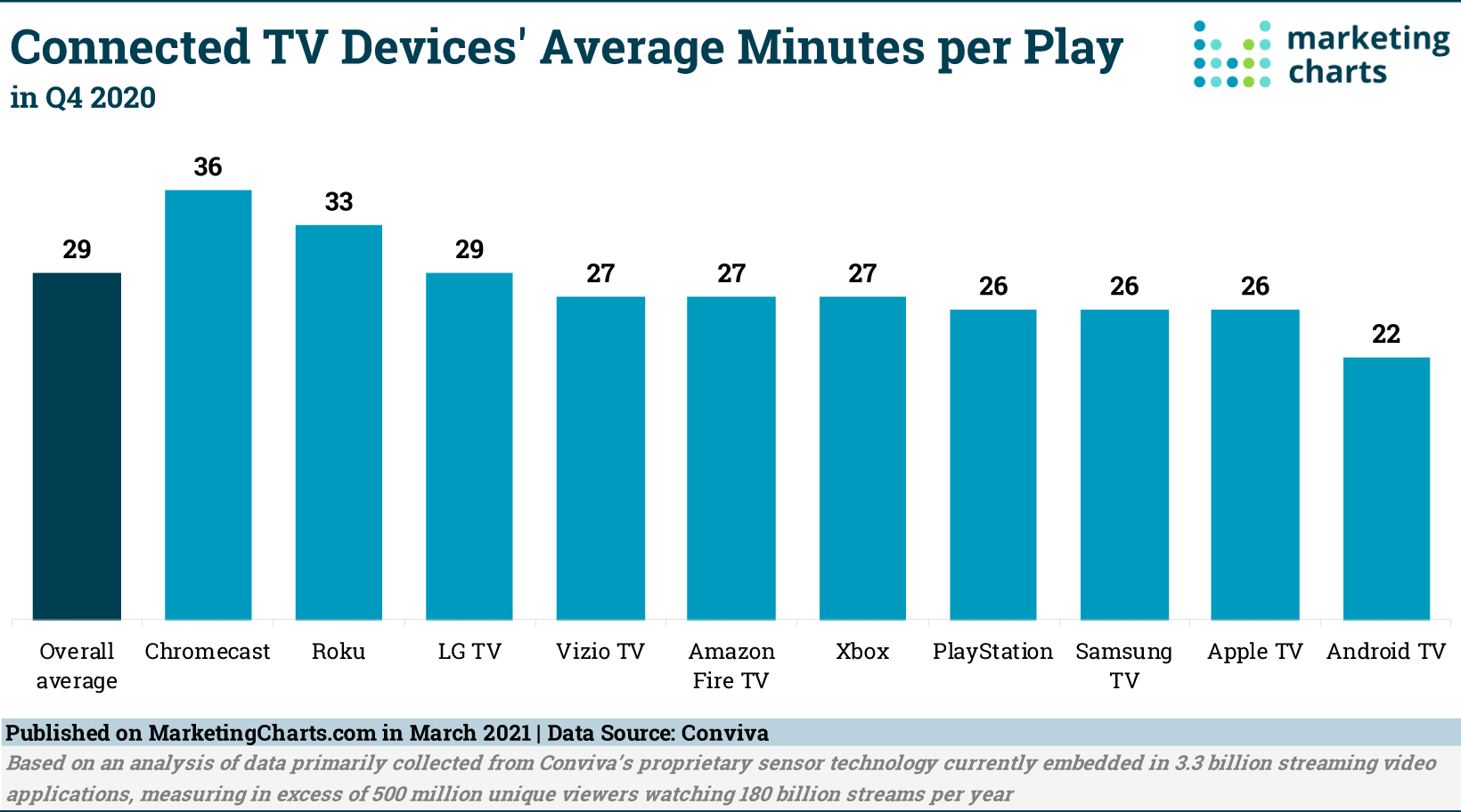 Total global streaming video viewing time was up 44% year-over-year in Q4 2020, according to figures from Conviva’s latest State of Streaming report [download page]. Here’s a breakdown of what the final quarter of 2020 indicated about the state of the streaming landscape.

Based on data from Q4 2020, Chromecast was the streaming device that saw the most minutes per play out of all those studied, at an average of 36 minutes. Roku was close behind at 33 minutes, followed by LG TV, which at an average of 29 minutes, matched the big screen average of 28.7 minutes watched per play.

Vizio TV, Amazon Fire TV, and Xbox are next up at 27 minutes each, with PlayStation, Samsung TV and Apple TV following at 26 minutes per play. Android TV rounds out the list at 22 minutes.

It would appear that Smart TVs will continue to increase their global share of viewing time – in Q4, this device type saw the largest growth in viewing time, increasing by 157%. Viewing on tablets experienced the next-largest growth, of 47%, followed by CTV (38%) and desktop (27%). One the whole, total viewing time increased by 44%.

About the Data: Based on an analysis of data primarily collected from Conviva’s proprietary sensor technology currently embedded in 3.3 billion streaming video applications, measuring in excess of 500 million unique viewers watching 180 billion streams per year.