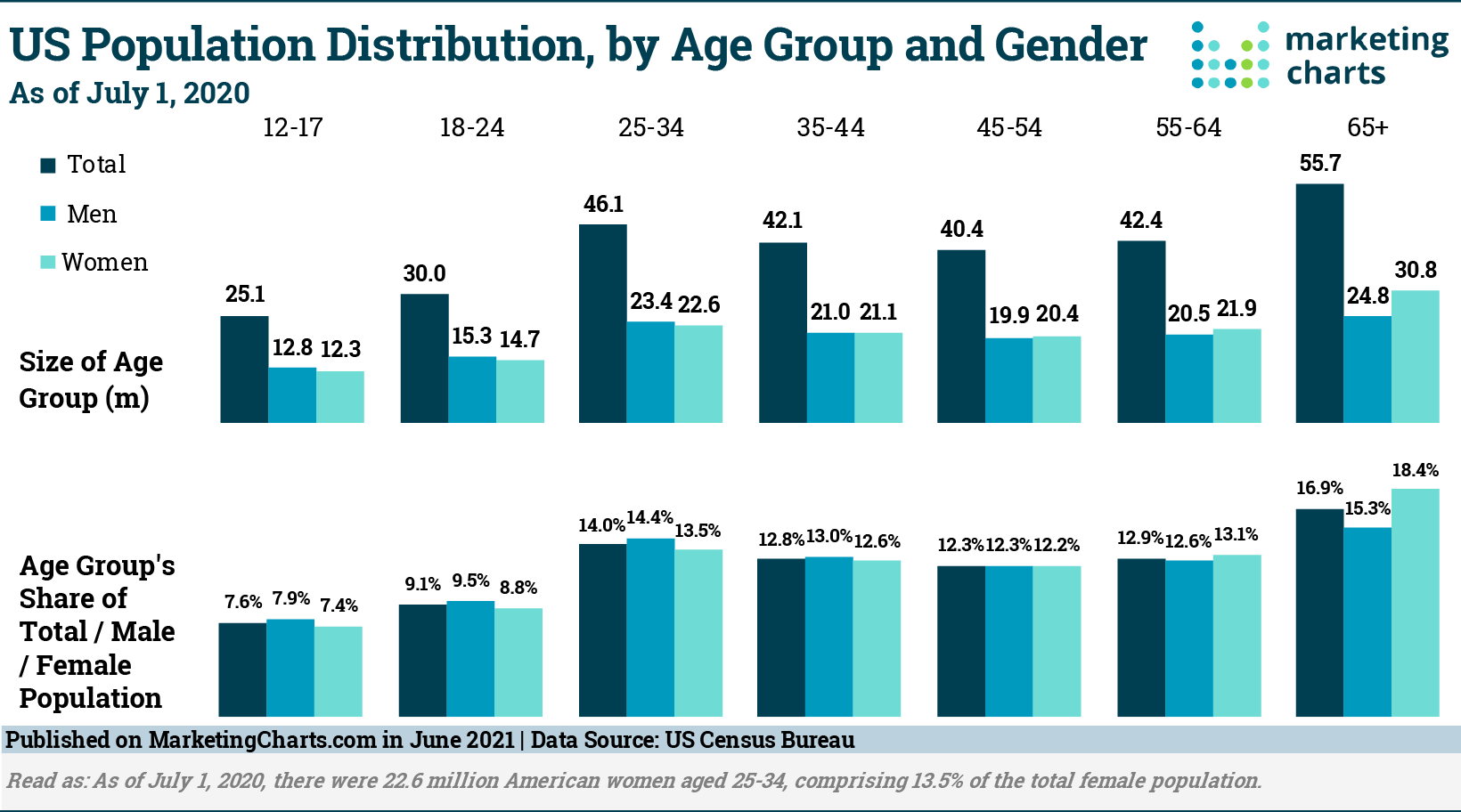 Gen Z is certainly a new darling for marketers, but there’s still plenty of attention paid to Millennials. Their lives are deconstructed on many different levels, from their use of social media to their outlook on the retail industry and their family lives. Those analyses are all helpful in their own right, but – stepping back to the big picture for a moment – how many of these prized individuals are there in the US? The most recent data out from the Census Bureau gives a sense of how large this coveted generation is.

Another issue? Consider this. If a 2010 study defined Millennials as being aged 18-34, shouldn’t the same study this year define them as being aged 29-45? Somehow the 18-34 age range stays fixed despite the passage of time…

Nevertheless, things being the way they are, marketers and researchers often look at age brackets. So here’s a reference list of some commonly used age brackets and their corresponding population estimates and population shares as of July 1st, 2020 (the most recent data available). Master your media strategy with this definitive data-driven analysis of major media audiences, the 8th edition of our popular report. How Can Marketing and Sales Collaboration be Improved? Views from Both Sides

B2B sales and marketing professionals have differing views on which areas of collaboration are in need of the most improvement. What Are Advertisers’ Top Programmatic Priorities in the Coming Year?

Digital media experts say they will be prioritizing viewability and engagement in the next 12 months. However, inclusive ads have no impact on the likelihood of purchasing a brand for the majority of older adults. Half of Adult Gamers Subscribe to a Gaming Service

Avid gamers are more likely than average to use subscription gaming services.