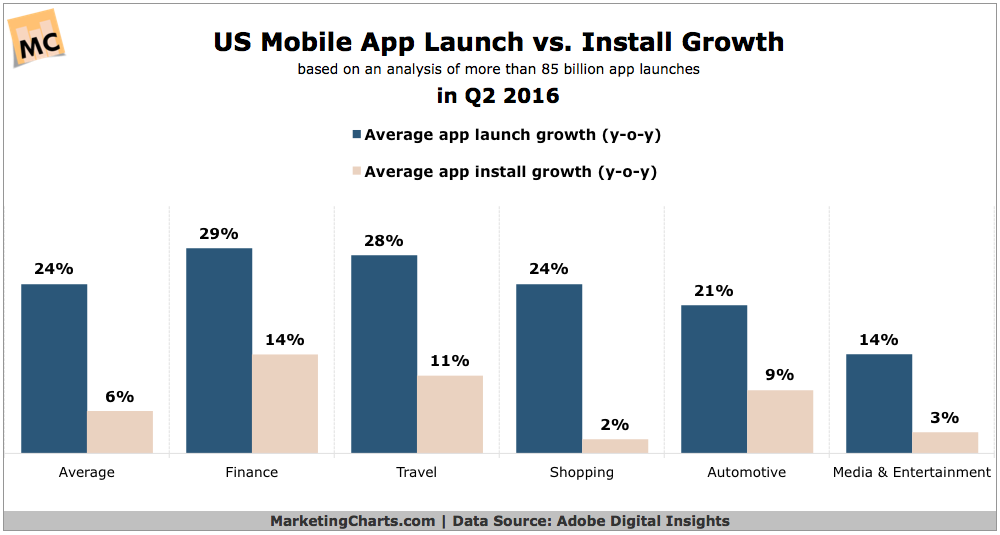 In the US, growth in existing mobile application launches is significantly outpacing growth in app installs, according to an Adobe Digital Insights report examining the finance, travel, automotive, shopping and media and entertainment sectors. The data is a further reminder that the growth in mobile app time benefits some more than others.

With installs proving so competitive, it’s important that apps retain their users (something that’s also a struggle). The study indicates that more than one-fifth of apps are used only once, with this figure particularly high (24%) for media and entertainment apps. Moreover, on average, half of apps are used less than 10 times, with shopping (60%) apps most likely to fall under that mark.

Among the Adobe Digital Insights respondents, the app not working, the availability of a better app, and the app being worse than the mobile browser were all fairly equal reasons for deleting an app.

About the Data: The report is based on an analysis of 290+ billion visits from 16,000+ mobile sites and 85+ billion app launches. The survey was fielded among more than 1,000 US consumers.