Retail Site Search Queries Are Getting Shorter; Most Are A Single Word 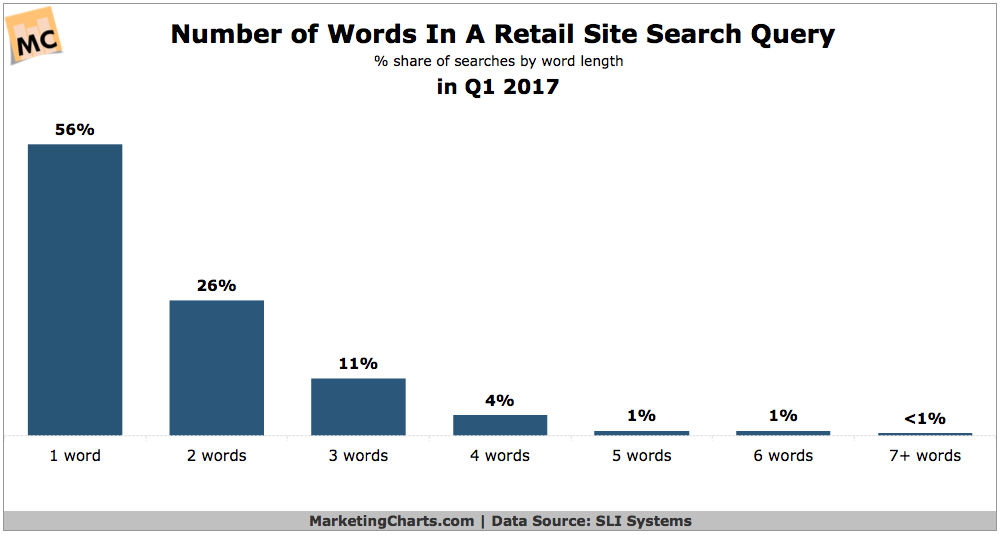 In a unique look at the all-important field of retail site search, a new study from SLI Systems [download page] reveals that the majority of search queries are only 1 word in length – and that the percentage of single-word queries has gradually risen over the past 4+ years.

To arrive at its conclusions, SLI Systems analyzed a sample of 1.5 billion queries. In its own words: “The sample was generated by looking at searches from SLI Systems clients every second week spanning from January 2013 to March 19, 2017. We defined a ‘word’ as a group of letters and/or numbers in a search query separated from other letters/numbers by a space.”

Let’s unpack that a couple of ways:

Also interesting is the trend analysis provided in the report, indicating that site searches are getting shorter over time. Specifically: Meanwhile, the report also surveyed more than 200 retail industry professionals from around the world who sell online (99%), in stores (59%) and across other channels. Survey results indicate that: